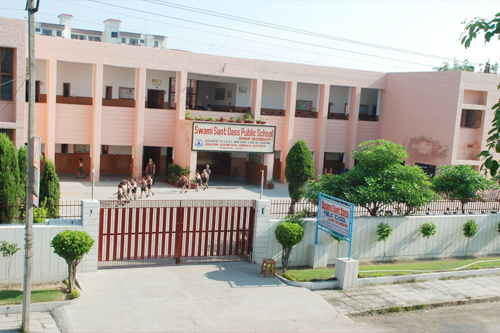 Swami Sant Dass Public School has been an epitome of excellence since April 2000. We have been inching towards perfection. Perfection, being an abstract concept, keep us agile and diligent.
We are privileged to nurture the future with utmost zeal. For us every child is unique. The positive ambience of the school coupled with magnificent infrastructure as well as enthusiastic members of the staff widens the horizon of the students. The mentor and the mentee share a strong bond in our school. 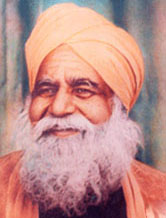 Swami Sant Dass Ji’s enlightened mind dwelled in unbroken connection with the Almighty upholding the highest Truth. He lived a life of utter simplicity and absolute humility.
Swami Ji exonerated the people to awaken from their deep slumber, seek refuge in the supreme and trust him in entirety. Having surrendered, his light would continue to shine on us even in the thickest of storms and darkest of nights. The Almighty is nearer to us than our heart beats and closer to us than our breathing. Swami Ji implored the people to live every living moment remembering the name of the omnipresent. Swami Sant Dass Ji patiently taught the people to direct their love to God viewing him as a window to infinity.
Swami Ji carried the message of God to the people by Seva and Satsang. Through mesmerizing music he established a commune with God and drowned in it for hours. Seva implied to him service to God. Not only serving food to the people daily, Swami Ji also believed in and practised other forms of community service.
His enlightened vision made him take up the cause of education and public health. Swami Ji was of the conviction that this would lead to the upliftment of society, the concept which was far ahead of his times. In the premises of the Ashram he organized Punjabi language classes so that people from far and near could avail of this service and through this medium come to God. Swami Ji’s entire life is a saga of selfless service. The incidents of his valour and sacrifice are hair raising which are only to be felt and would beggar description in words for the hand cannot write what the heart feels. He was an embodiment of the supreme power whose sole desire was to draw people to God and not towards his materialism. He was truly an incarnate of God who inspired us that duties one could evolve, for the mind alone was the cause of man’s bondage, and is also the instrument of man’s liberation. 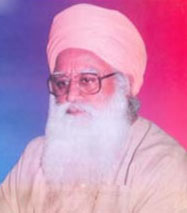 The conception of the idea of a School dedicated to the memory of Swami Sant Dass Ji was the brain child of Swami Shantanand Ji. This was heartily accepted and supported by Mahamandleshwar Swami Ishwar Dass Ji. The foundation of the School laid by Swami Ishwar Dassji was indeed a tribute and homage paid to his Guruji. This milestone was touched upon on 30th March 1986, the 3rd Punya Tithi of Swami Sant Dass Ji to give concrete expression to his vision of spreading education institution thus keeps alive his teachings, soul and values, thereby belieing his death and immortalizing him.
The School made a very humble beginnings in a very small building called Sukh Niwas Ashram at Gopal Nagar.
The School in this modest form was shifted to its current premises in 1988. Not only was the single class structure transformed into a citadel of learning but also rose to have an offshoot in Phagwara in as early as by the turn of the century, precisely in 2000. The school owes its success to the astute guidance and dynamism of Swami Shantanand Ji who steered it clear with far-sightedness and fortitude through rain and shine, storm and tide, right since inception to its current indomitable heights. Under his aegis the school has emerged as one of the premier sought after institutes of the city.